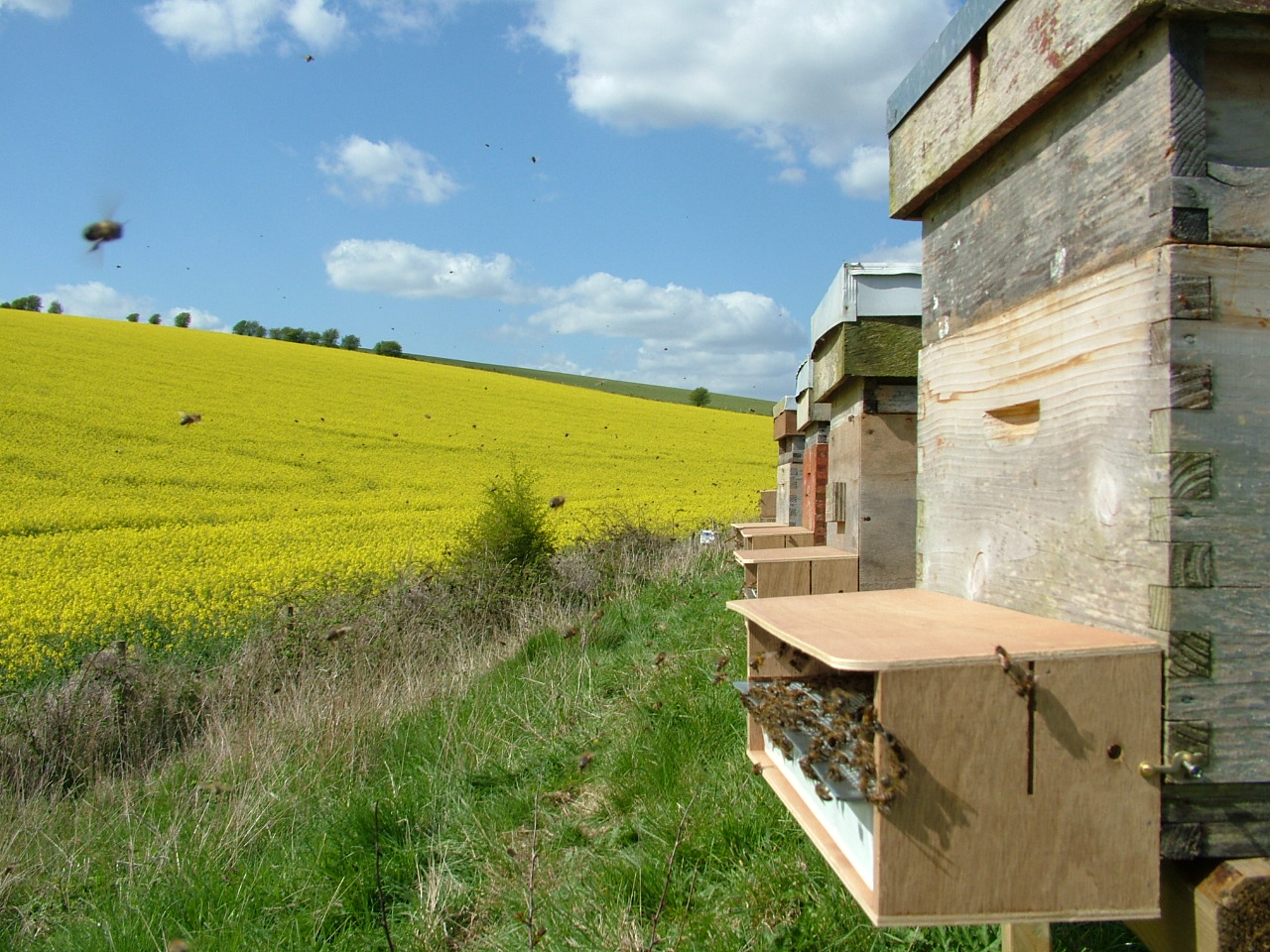 Introducing INSIGNIA (environmental monitoring of pesticide use through honey bees)

In recent years, there has been much global concern about the plight of bees, which are exposed to many threats including habitat loss, pests and diseases, and environmental factors such as the use of agricultural pesticides and veterinary drugs. Concern about “Colony Collapse Disorder” and excessive losses of honey bee colonies has led scientists in many countries to carry out surveys of beekeepers to quantify those losses. This has established that losses of honey bee colonies, especially over winter, are often much higher than beekeepers consider to be acceptable. Establishing the cause of these losses is, however, much more difficult, and scientists agree that there is unlikely to be a single cause that applies in all years and in all areas, and that it is most likely that colony losses are a result of many interacting factors. 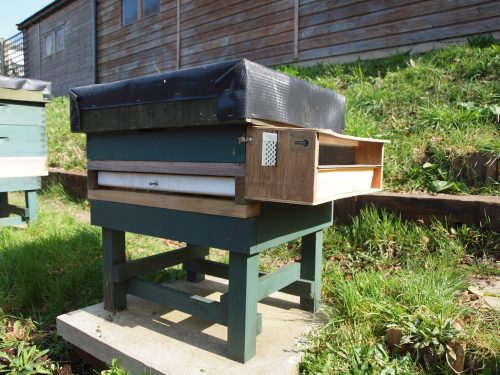 In order to study one factor, the nutrition of bees, the international research association COLOSS (Prevention of honey bee COlony LOSSes) organised a project named “CSI Pollen” (Citizen Scientist Investigation Pollen). Over two years, some 750 beekeeper “citizen scientists” from 28 regions of Europe collected and analysed some 18,000 pollen samples from their hives on a coordinated basis. Samples were collected using pollen traps and analysed for the number of different colours of pollen as a measure of the diversity of food sources available to bees. A paper is being prepared for publication, but tThe results showed that diversity varied throughout the season, but that there was very little regional variation, showing that honey bees are remarkably good at obtaining pollen from a diversity of plant sources, even in agricultural areas where there may be a low diversity of crops and wild plants. 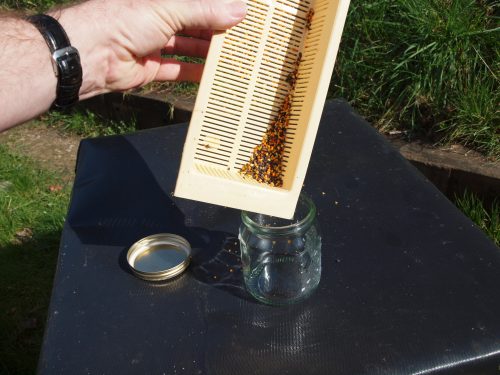 In agricultural areas, bees may be exposed to agricultural pesticides, and in addition, beekeepers may use veterinary products to control pests and diseases. Studies have shown that these may all persist in detectable amounts in the pollen collected by bees. The approach adopted in CSI Pollen of asking beekeepers to collect pollen samples from their bees could therefore be used to monitor the exposure of bees to these pesticides.

INSIGNIA, which stands for: “cItizeN Science InvestiGatioN for pestIcides in Apicultural products” is a new research project funded by the EU under their “Horizon 2020” scheme. The INSIGNIA Consortium consists of 16 partner institutions from 12 European countries, and many of the participants have previously worked together on CSI Pollen and other projects. The INSIGNIA project will involve the development of a protocol for a citizen science monitoring programme using beekeepers to collect pollen samples from honey bee colonies every two weeks. These samples will be analysed for residues of licensed and unlicensed pesticides and veterinary drugs, and also for the botanical origin of the pollen using state of the art DNA metabarcoding techniques. 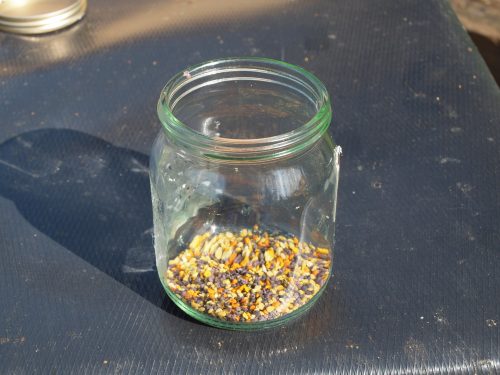 In the first year of the project, a comparison of sampling techniques will be made in four countries: Austria; Denmark; Greece and the UK. The well tried use of pollen traps will be compared with two innovative techniques: the collection of beebread from combs using a novel sampling device; and the use of a passive in-hive pollen sampling device, the “Beehold tube”, which is a modified hive entrance through which the bees have to crawl. The sampling sites chosen in each country will include different land uses such as intensive arable land or semi natural vegetation, to provide a contrasting range of expected pesticide exposure. Since pollen is a biological material which is subject to very rapid decay, and hence the degradation of any chemical residues contained within it, a variety of different methods for sample storage and transport will also be compared. 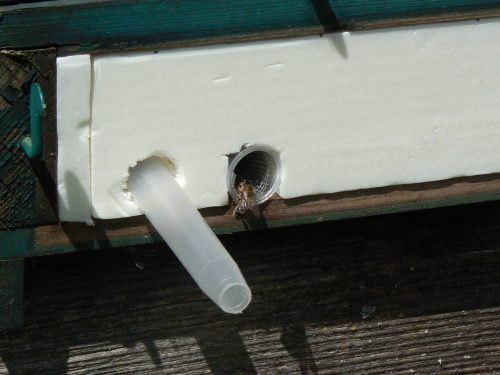 In the second year of the project, the most suitable and economical methods that have been identified in the first year will be more extensively tested in a monitoring programme to be carried out in sentinel apiaries in nine EU Member states: Austria; Belgium; Denmark; France; Greece; Ireland; Italy; Latvia and the UK. The results of the monitoring programme will then be combined with existing land use databases in order to develop models of plant biodiversity and pesticide exposure for honey bees. This will enable any pesticide exposure to be linked to the use of the land over which the bees were foraging, for example to particular agricultural crops. In addition, the results will be expanded to cover exposure of pollinators other than honey bees, to improve our understanding of the threats to which our pollinators are exposed.

Acknowledgements.
The pilot project “Environmental monitoring of pesticide use through honey bees” (ref: PP-1-1-2018) with the acronym INSIGNIA has received funding from the European Union.