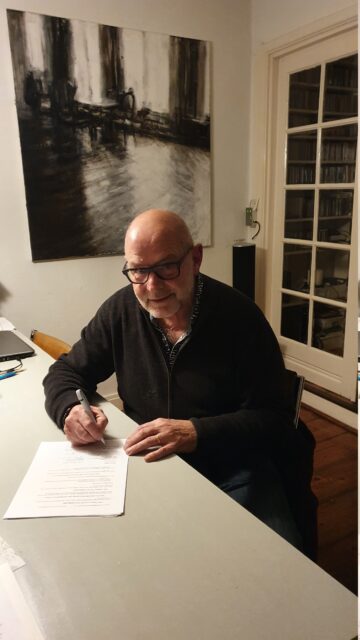 The recently completed INSIGNIA project “Environmental monitoring of pesticide use through honey bees” was designated as a “pilot project” with the primary aim of producing a tried and tested Guideline which could then be used as part of a much larger monitoring project covering the entire European Union.

We are pleased to announce that today an agreement was signed with the European Commission DG Environment for a follow up project entitled: “Preparatory action for monitoring of environmental pollution using honey bees”, which will be known as “INSIGNIA-EU”. The INSIGNIA-EU consortium consists of 14 partner organisations, all of them members of the original INSIGNIA consortium, based in 10 different European countries (Austria, Belgium, Denmark, Greece, Italy, Latvia, Netherlands, Portugal, Spain and the UK).

The INSIGNIA-EU project will operate for 30 months, with a total budget of some €4M. It will involve sampling for pesticides and the botanical origin of pollen according to the existing INSIGNIA Guideline, but the sampling programme will also be expanded to include further forms of pollution encountered by honey bees, such as air pollutants (including polycyclic aromatic hydrocarbons and volatile organic compounds), heavy metals, microplastics and fine dust / particulate matter. Pilot studies of sampling strategies for these additional pollutants will be carried out during 2022 in three countries: Austria, Denmark and Greece.

In 2023, sampling for the full range of pollutants will be carried out in all 27 EU Member States, using a National Coordinator scientist based in each Member State in association with local beekeeper Citizen Scientists, who will sample their own bee colonies during the season. Data produced during the project will then be used to produce exposure risk maps for honey bees for the range of pollutants in all countries sampled.

Look out for further information about the exciting new project in the coming months!