To estimate the colony strength, citizen scientists count the occupied beelanes in each hive for every sampling round.

END_OF_DOCUMENT_TOKEN_TO_BE_REPLACED 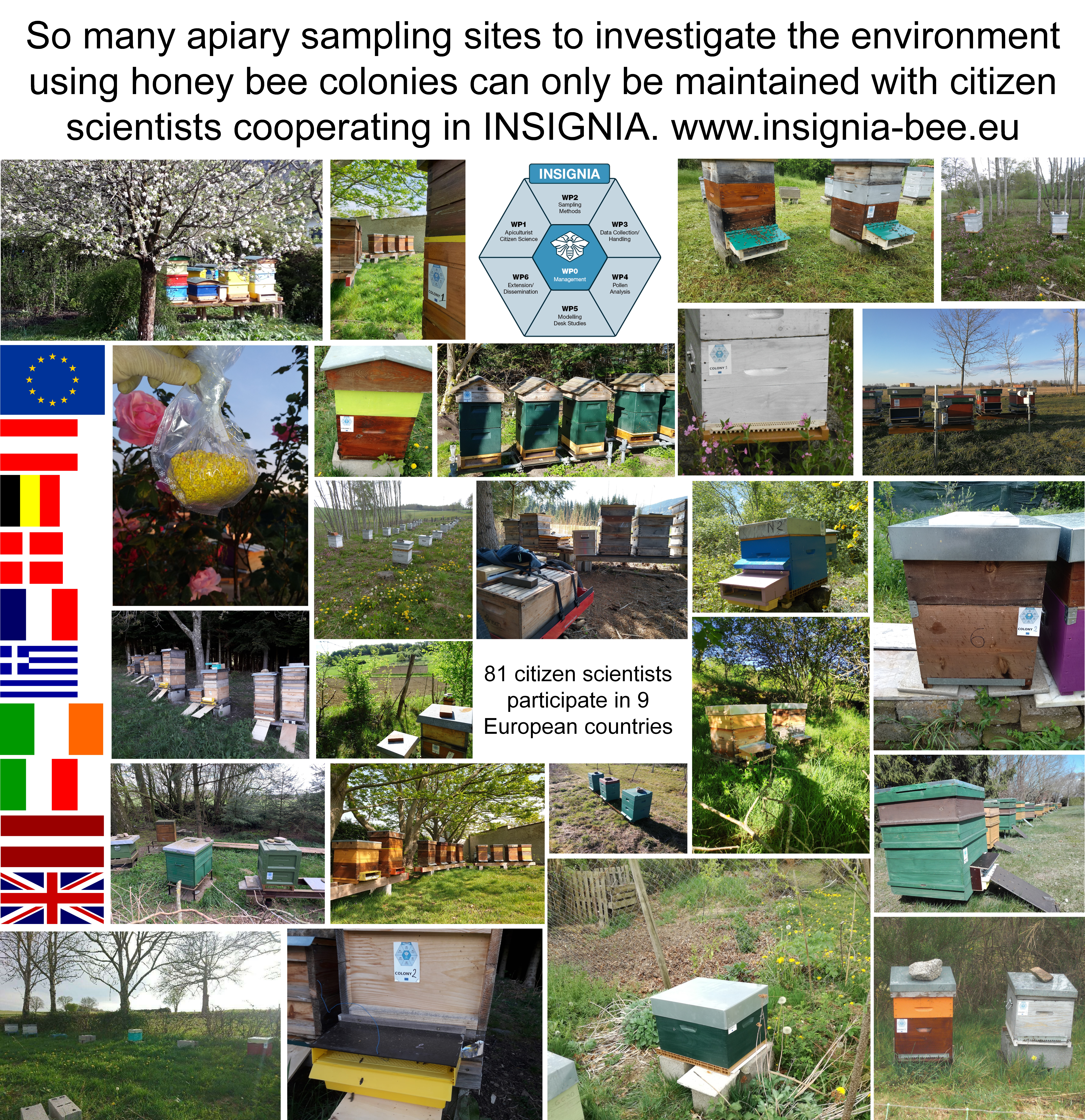 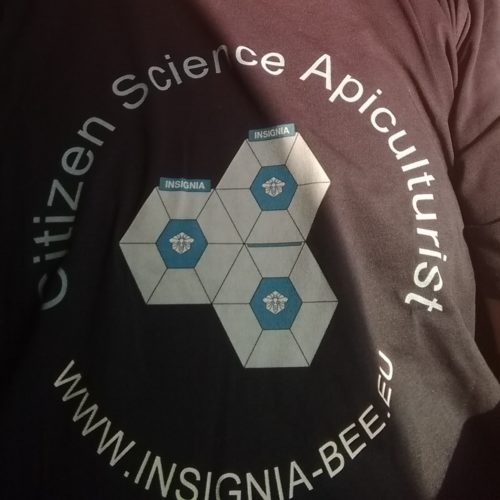 In my virtual meetings with the beekeeper citizen scientists, I am asked sometimes: “what is in it for me?” A fair question. Let me explain what is in it for you… You will sample pollen and APIStrips from two colonies on ten occasions. Pollen and APIStrips will be analyzed at the apiary level; pollen for botanical identity and the APIStrips for pesticide residues in the hive. These results will be shared with you and will give you the information about what plants your bees have collected pollen from, and what pesticides your bees have brought along with the pollen and nectar. The latter is qualitative, meaning yes/ no pesticide present in the APIStrip. We detect different amounts but what this means for the actual exposure of your bees in the hive can’t be told with these data. This requires another study set-up which hopefully can be done in the future. Now the reward in monetary terms. Each APIStrip with its analysis costs about €200 each, and each pollen analysis also costs about €200. So together this is €400, with transport, administration, quality control, statistics and reports not included. A very cautious estimate of the costs per beekeeper for Insignia will be 10 sampling x € 400 plus extra costs = €4,500. 60% of this is paid by the European Union = € 2,700, the remainder €1,800 is paid by your national coordinator’s institute and you will have this information about your bees for free. END_OF_DOCUMENT_TOKEN_TO_BE_REPLACED 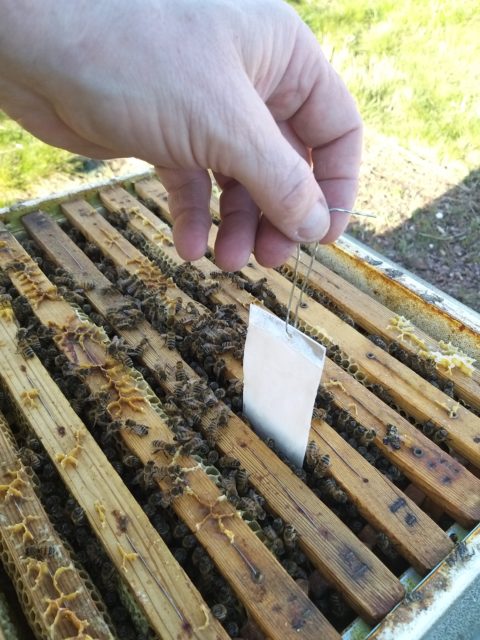 In the former blogs you can read and understand the importance of the APIStrips in the INSIGNIA project. A strip that does collect the pesticides in the hives brought home by the foraging bees. One of the exciting success of the INSIGNIA project last year. We did test a lot of strips in the 4 countries last year.
New strips were produced this year and you could say with small improvement, but very important improvements. Improvements that make the strip easy to handle for the beekeeper.
The first strips last year were bended, rounded. Difficult to explain, but you could say the strip did fill up the whole bee space. Was a bit difficult to get down between the bee frames. This year they are perfect in shape. Straight, flat. Just easy, easier to insert in the colony.
And another feature is that in the new strips, the Tenax does not cover all the strip. So that you as user can touch the strip and in this way, it is again more easy and more safe to handle the strip. No contamination.
Small things, but the success is in the small details. This year strip is better and easier and safer to handle. Well done.
Flemming Vejsnæs 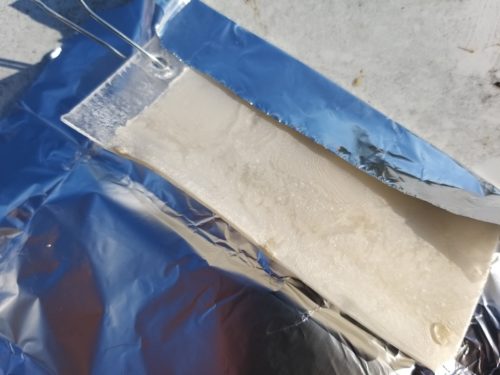 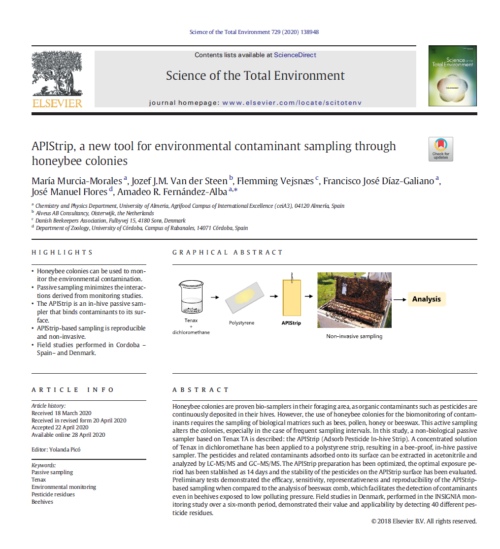