For the full study in 2023, the sampling will be expanded to all 27 European Union countries. To sucessfully activate the widespread beekeeping community in Europe, the INSIGNIA-EU consortium will also be expanded by subcontracting a total of 19 institutions. Thus, we are able to cover all European Union member states and all 23 European languages.

It has been a while, since the INSIGNIA-EU consortium held an online event to meet the subcontractors on July 6. Nevertheless, we want to inform our readers about this important meet and greet.

The most important role of the subcontractors will be to be supporters for the citizen scientists in their countries and to act as an interface between the consortium and the citizen scientists. The subcontractors, henceforth the national coordinators, were warmly welcomed by Sjef van der Steen, followed by a short update on the preliminary INSIGNIA study and this year’s pilot study.

Further talks by Robert Brodschneider, Flemming Vejsnæs and Ivo Roessink covered topics like Citizen Science, distribution of the full study apiaries in the EU countries, or what kind of tasks will await the national coordinators in the future. The national coordinators were very interested and a fruitful discussion rounded off the event.

Within the next few months, we all will meet again in online events and in February, a physical meeting in Wageningen (The Netherlands) is planned to meet in person and to discuss the last points of the study setup before the full study starts in April or May 2023. 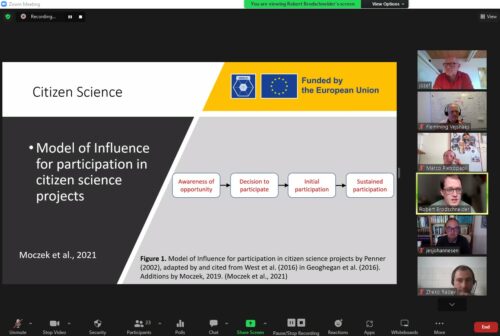 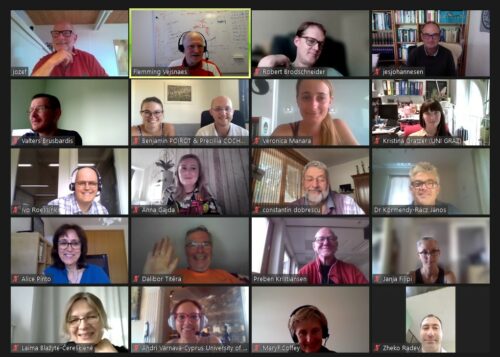 Meet and greet with the INSIGNIA-EU consortium and the joined national coordinators.

In the name of the whole consortium, we really are looking forward to work together with every single one of you.

Welcome to the team!