Reminder: in colony 1 all of the four sampling matrixes are tested. Thus, bees not only have to get used to the pollen traps but also to the Beehold tubes and the corresponding adapter. This might be “overwhelming” for some of the colonies and in a consequence, several messages from worried citizen scientists arrived us during the last week. They all reported similar problems, observed in colony 1: bees have issues to find the right path into their colonies and they congregate in front of the hive entrance; bees show increased aggressive behavior; bees use the drone entrance to get into the hive and some of them were also observed to fly into the neighboring colonies. 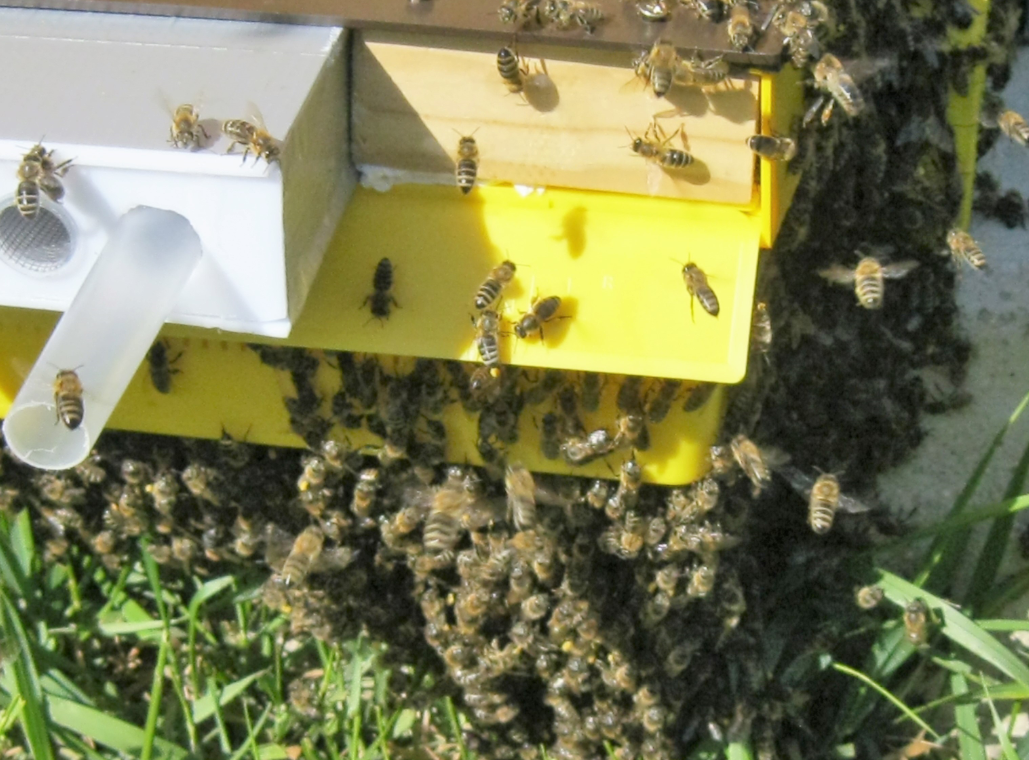