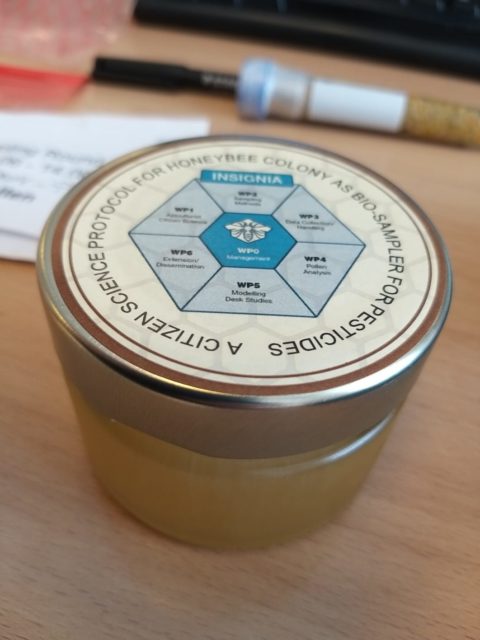 Insignia is more than strips and pollen. Our colonies do also produce the most delicious honey. In Denmark, this year’s honey harvest seems until now to become good. The INSIGNIA 1 colonies gave a harvest of spring honey of around 20 kg each. The honey was harvested around the 12th of June. That is in the blooming time of the oilseed rape. Give a very creamy and tasteful honey. Other exciting flowers are expected to be in as well. The fruit trees this year looks very nice and productive a well. Dandelion was flowering very intense and hawthorn is very smelly and dominating at the end of the spring flow. Anyway, love this honey. And now we made a special edition for our colleagues around europe. By the way, the metabar coding of the pollen sampling will confirm above later in the season. 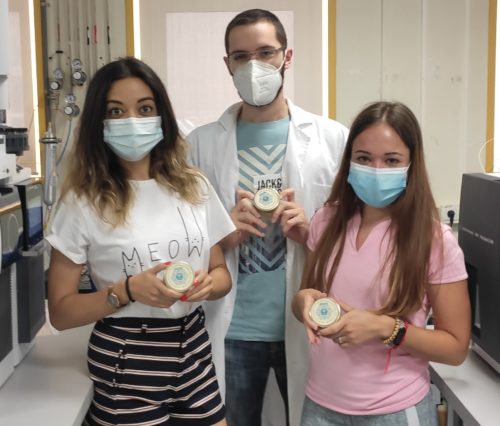 Some of the team from the University of Almaria presenting creamed honey from Denmark.