Then better listen to Andreia Quaresma. She will explain it to you in a 2 min speed talk at the TiBE – Trends in Biodiversity and Evolution Conference.

This year, the TiBE – Trends in Biodiversity and Evolution Conference (https://cibio.up.pt/tibe/details/tibe2020) was fully dedicated to Metabarcoding and Metagenomics, which fitted like a glove to one of INSIGNIA’s objectives: metabarcoding identification of the botanical origin of pollen samples diligently collected by many Citizen Scientists from across Europe. In INSIGNIA, pollen samples have been identified using a cutting-edge molecular method called metabarcoding of the ITS2 (Internal Transcribed Spacer 2) DNA region. ITS2 sequences are generated from DNA isolated from mixed pollen samples using High-Throughput Sequencing. These sequences are then aligned with ITS2 sequences available in a worldwide database representing thousands of plant species for taxonomic identification.

In the framework of INSIGNIA, we sought to compare the performance of metabarcoding identification versus the classical palynological identification that uses light microscopy of pollen grains.

We took TiBES’ opportunity to share with the scientific community, and now with all of you, some of our results, and made a presentation entitled “Identification of botanical origin of bee-collected mixed pollen samples: a comparison between palynological and DNA metabarcoding methods”. We found a good correlation between the two methods and suggest that DNA metabarcoding offers a promising alternative to the time-consuming and costly classical palynology for identification of large number of samples.

ITS2 METABARCODING: A PROMISING APPROACH FOR IDENTIFICATION OF BOTANICAL ORIGIN OF BEE-COLLECTED POLLEN

Bee products have long been used in human’s diet and their consumption has increasingly been recognized has beneficial for human’s health. One such product is pollen, which is a particularly interesting food as it contains bioactive compounds and all the essential amino-acids needed by humans. However, the composition of bee-collected pollen depends on the environment where the visited plants grow (e.g.: climatic conditions, soil type) and, above all, on the plant species [1]. Therefore, identification of the botanical origin of bee-collected pollen is important for a fuller characterization of this food product. Until recently, pollen identification has been carried out using light microscopy, a costly approach that often provides low taxonomic resolution. However, with high-throughput sequencing (HTS) becoming increasingly affordable, DNA metabarcoding is emerging as a promising alternative to light microscopy. In addition to be time- and cost-effective for large sample sizes, metabarcoding has the potential to allow identification of pollen mixtures at the species level. However, before it can be widely employed in pollen analysis, the reliability of this molecular tool must be appraised. Herein, we compared the relative abundances obtained by the two approaches on 108 bee-collected pollen samples from 10 European countries. To that end, the 108 samples were first homogenized and split into two identical sub-sets. One sub-set was analysed by palynology experts from the “Institut für Bienenkunde”, Germany, and the other one was subjected to HTS, using ITS2 as the barcode, in the labs of CIMO and CIBIO. Pairwise comparisons of the relative abundances at the family level of the 108 samples show no significant differences (P ≥ 0.1057, Wilcoxon signed-rank test) and high correlation values (0.2736 ≤ r ≤ 0.9842, Pearson’s correlation) between the two approaches. The highest correlation values were observed for Italian samples (0.7245 ≤ r ≤ 0.9842; global r = 0.8958) and the lowest for Greek samples (0.0266 ≤ r ≤ 0.9703; global r = 0.4929). Despite, the few outliers, which can be improved by further optimization of the protocols, these results suggest that ITS2 metabarcoding promises to be a reliable alternative to light microscopy. This molecular approach is now being employed in the European project INSIGNIA (https://www.insignia-bee.eu/), which is developing a standard protocol for using the honey bee as a tool for environmental monitoring.

Acknowledgments
This study was funded by INSIGNIA “Environmental monitoring of pesticides use through honey bees” (SANTE/E4/SI2.788418-SI2.788452). 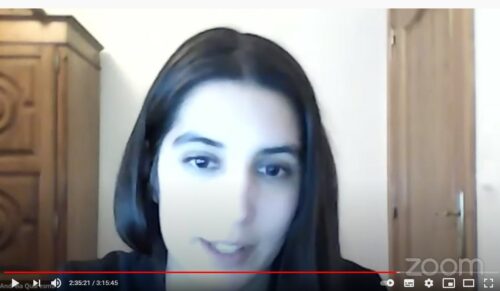