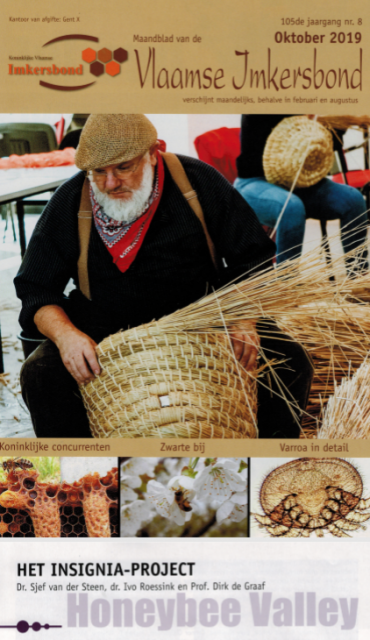 Belgium is one of the countries in which nine apiaries will be selected for the 2020 trials. The Flemish beekeepers were informed about the Insignia project in October 2019. Beekeeping in Flanders is much more developed than the front page of the magazine suggests. It is a giant step from making straw skeps to applying honeybee colonies as a monitoring tool for pesticides. An application of the honeybee, completely non-existing when the straw skeps were developed some centuries ago. The big difference between beekeeping with the skep and the Insignia study is that bees in the skep were killed to harvest the honey and that the Insignia project aims to result in a  non-invasive (= no bees sampled and killed) citizen scientist sampling protocol; a progress in bee- welfare and bee research.