Next to the honeybees, the bumblebees are part of the Insignia study. This year we are testing the pesticides, collected by bumblebees in the field along with pollen and nectar, with the APIStrip. I will work this year with two colonies at the Sinderhoeve, the experimental station of Wageningen University, Environmental Science in Heelsum. Bumblebees are blind for the longer wavelength light spectrum, therefore, manipulation of the colony is done in red light. This keeps them rather calm. Bumblebees do not have beelanes, actually, compared to honeybees their brood nest is a mess. But, as honeybees, they are very curious. To prevent disturbance of the colony during changing the APIStrip, I inserted the strip via the top- grid near the entrance of the bumblebee box positioned in the very proximity of the brood cells. On the reddish photo you see them crawling over the APIStrip (with the black tyrap). Box entering and box- leaving bumblebees will be in contact with the strip as will the in-box bees. Time will learn whether the APIStrip will be incorporated in the brood nest or left apart in the 2-weeks exposure period. In two weeks the first APIStrips will go out and the second will go in, simultaneously to the honeybee colony sampling. Therefore, two photos of reddish. The APIStrip is prevented from falling into the box by a tyrap. Let’s follow how it will go in the next six weeks. 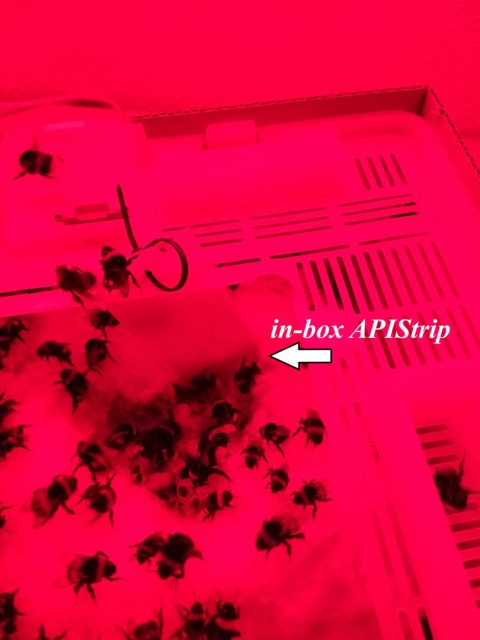 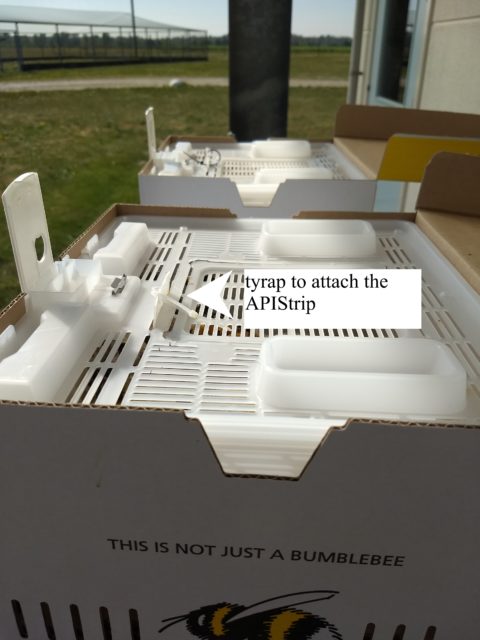 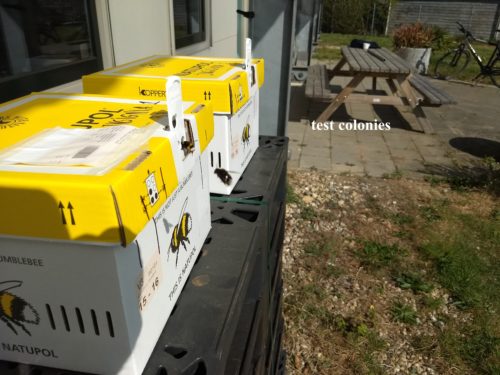